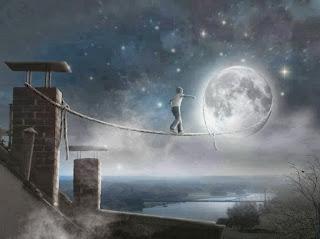 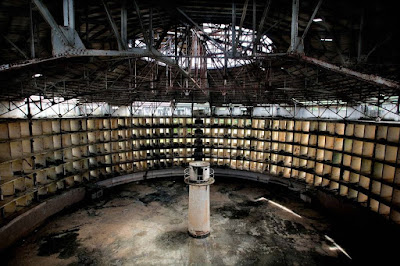 
About Svali:
Svali used to be a programmer and trainer in the cult of the Illuminati. Both she and her entire family were involved in the cult group until several years ago, when they finally broke free.

She has been a consultant to an on-line survivors group that helps people dealing with issues related to cult programming and ritual abuse.

Svali, a writer and a registered nurse, has self-published a book on breaking free of cult programming, which several experts in the field have said has "invaluable information" for the survivor of ritual abuse.

Her articles are published online at http://www.suite101.com/welcome.cfm/ritual_abuse

She is now married to her second husband and has two children.

While running our series 'The Illuminati: How the Cult Programs People' we received a few emails that were of somewhat skeptical nature and/or requesting more information.

Needless to say I had some questions of my own regarding some details of the Illuminati and their agenda, and so I got in touch with 'Svali' (her pseudonym), an Ex-Illuminati Programmer/Trainer, to find out more about her claims.

In the following few episodes I will enlighten you (pardon the pun), as much as I can, with additional knowledge I received from her.

Our correspondence took place in the form of an email interview, which I left mainly intact. I only edited it for spelling and punctuation; minus some personal information addressed to me.

Should you have any additional questions you would like to ask Svali, please email me at mailto:centrex@looksmart.com?subject=question for Svali and I will forward them to her for a possible future article.

Following is the first part of our interview:

Thank you for contacting me. Actually, I just received a somewhat skeptical email today from someone who read the information at your site.

I would be more than happy to answer questions about validity, etc. with the following provision. I write under a pen name to protect my two children and husband, whom I do not want to have receiving hostile or threatening phone calls, etc. My two children are still healing from the experiences of being raised in the group as well, and I don't want any experiences that could traumatize them.


The topic I am addressing is somewhat volatile, to say the least. People have strong emotions pro and con as to whether the Illuminati are real. That said, I will give you a little background info, feel free to share this with readers. Also, my column at Suite101.com (I have a column on ritual abuse; do a search on 'svali') has numerous articles on this topic if people want to learn more.

1. I was born in 1957 in Alexandria, Virginia. I lived briefly in a small town about an hour away from Washington, DC, then moved to a 500 acre farm in northern Virginia when my mother married my stepfather. Both my mother and my stepfather were members of this group. It is a very generational group. My mother sat on the regional council over the Washington, DC area and was in the "spiritual chair" (the Illuminati have 6 chairs on their ascended masters council: Sciences, Government, Leadership, Scholarship, Spiritual, and Military.)

These also correlate to the areas that children are taught growing up in this group. They believe in "well rounded" children. The "spiritual" rituals, or occult rituals, were only one small part of the teaching of this group, the other five areas are also equally emphasized. I spent more time learning history, languages, and sciences than I did seeing rituals, although they were important to the group.

2. I went to school in Charlottesville, Va. 1975 to 1981, where I received a BSN in nursing, and a BA in Spanish ( I got two degrees). This is also a place where a lot of intense abuse and occultic crimes occurred, on an estate about 10 miles south west of Charlottesville going towards Crowley, Virginia.

3. After graduation, I went to San Diego in 1981 ( I was called there by the leadership there, they were strong in military training but weak in sciences, which was my forte). I came and sat on leadership council, I was the sixth head trainer there (the lowest head trainer) and had 30 trainers in the local groups reporting to me. Leadership council met in Ramona, Ca. on an estate there that belonged to a man named Jonathan Meiers.

When I went to the police in 1996 (after I had left the group) sure enough, there was an estate there belonging to someone with that name. One of his cult names was "Black Hand" because he wore black gloves when he worked with people. He was the head trainer in the group, and one of the most sadistic and brutal people I ever knew. He burned out most of the trainers that worked with him, and I made it because I had a friend on leadership council who hated him and helped me undermine him (the Illuminati are a very political and back stabbing group, a "dog eat dog" mentality; everyone wants to move up ). Her cult name was Athena.

After years (12) of working with Jonathan, I moved up to the second head trainer position in the county. Jonathan was getting ready to move to regional, and he wanted me to take his place. But he and I also despised each other, and he set me up to take a fall. That's a whole different story, and was one of the factors that made me leave the group.

I left the group in 1995, sick of the lying, deceiving, and politics, and fearful for my life. I fled to Texas, and went through therapy with Dr. Jerry Mundgaze and his group. But unfortunately, they didn't know how to help "deprogram me", or as Dr. Mundgaze told me, "you are higher than almost anyone we have seen, and more programmed."

I remembered so much, and he had never heard of it and had no idea how to help (definitely no suggesting of memories there, most of mine occurred spontaneously, AT HOME. I have never been hypnotized or age regressed, all of my memories have occurred in the course of daily life).

I spent a year intensely deprogramming myself. I was a head programmer, or trainer, so I used my knowledge to undo what was done to me. I also became enraged as I realized that the abuse I had endured (and done to others) was NOT normal, was used to manipulate me, etc.

My book is based on my memories as an ADULT in this group. I was a perpetrator, and I now regret it considerably. It is my restitution before God as I expose what this group does and stands for. I also wrote it for therapists, to help them understand the group and its methodologies, since it was so difficult to hear from a nationally known ritual abuse center, "we don't know what to do...". I based it on what I did to heal.

Two years ago, my children were on visitation with me and disclosed their abuse to me. I went to CPS, and the case was closed, because the worker said she didn't believe in ritual abuse! My ex came to get the children (he could have put me in federal prison for not giving the children back, since the San Diego court system blatantly states that they do not believe in ritual abuse, and in EVERY case of alleged RA, the children are given to the allegedly abusing parent).

The children confronted him in person. He turned white as a sheet, said, "you really don't want to go back to "family", they said "no". He then fled to California, quit his job, and moved out here and is in therapy for RA and DID (Dissociative Identity Disorder).

My children are also in therapy, and healing rapidly. My now 12 year old son is almost completely integrated, and happier than he has ever been before; my 16 year old daughter has some tough issues to face, such as the sexual abuse she endured. But God has been faithful in His healing work in all of our lives.

I wish that this was just "made up". That it weren't real. But it is. There is too much documentation of this occurring (I can send you an URL for documented convicted RA cases). My greatest regret is that I was used by this group, after a lifetime of teaching, to be a perpetrator of the worst kind. I used to torture and abuse others, believing that I was "helping" them.

Now, I realize that what I did was wrong, I have asked God's forgiveness. And am committed to exposing this group through my writing. I am also a professional writer in the medical field, was a registered nurse for 18+ years, and currently work as an ESL teacher, health educator, and freelance author (on non-abuse topics!).

I hope this is enough background info, it is the truth before God and men. If you need any other, that won't compromise my anonymity or my children's protection, please let me know.


PS. My younger sister remembers being tied up on a stone altar at the age of 3, with a gag in her mouth, and being raped. She also remembers our paternal grandmother taking her to friends, who used her sexually at the ages of 3 to 5.

She became an alcoholic at age 13, after trying to commit suicide 7 times by age 12. My older brother has NO memories of ANYTHING AT ALL before age 20, his life is a complete blank. He does believe that our father was a perverse and strange man. This brother was cut down from our garage when he was 8, and tried to hang himself.

My oldest brother is on the run, afraid to live anywhere for more than a few months, because he believes they want to "get him." He also tried to commit suicide many times as a young child. This is somewhat corroborating evidence, as well as the fact that both of my children dream in German at night (that is the language they speak in the Illuminati) and have NEVER heard it in the daytime.

Are The Illuminati Taking Over The World?

Chapter 1
An Overview of the Illuminati

Chapter 2
Jobs in the Illuminati

Chapter 4
An Overview of Some Basic Types of Programming

Chapter 12
Preventing Re-accessing of the Survivor

Part 2
Who and What is the Illuminati?

Part 3
How the Illuminati runs Hollywood

Part 12
The Top of the Pyramid

" Before we assume our respective roles, in this enduring drama, just let me say that uh ... when these frail shadows we inhabit now... 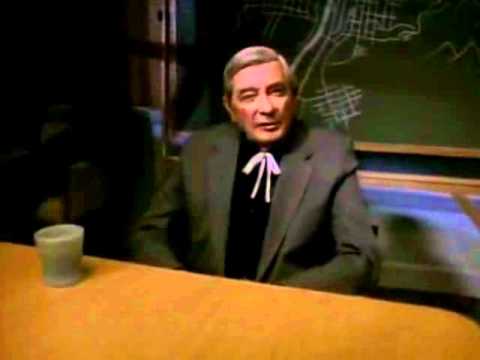 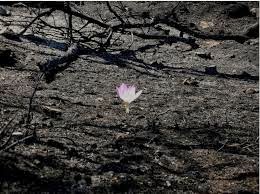 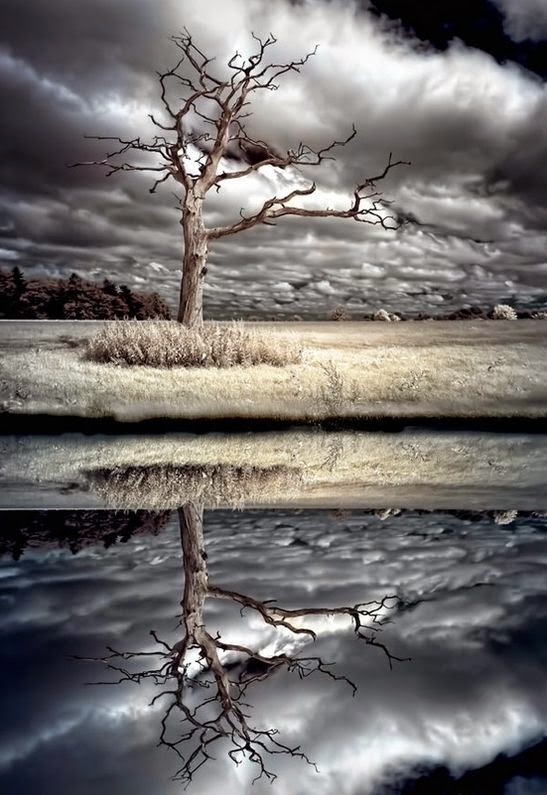 SANTA CLAUS HAS COMING TO TOWN!(?) 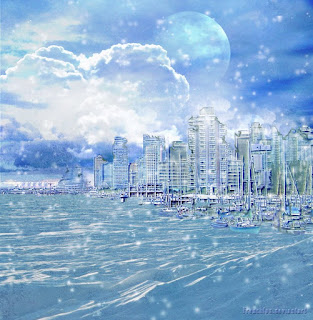 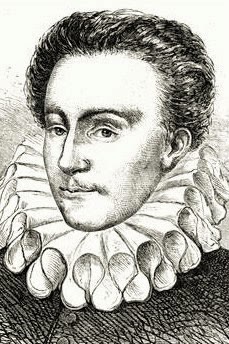 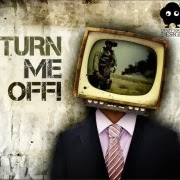 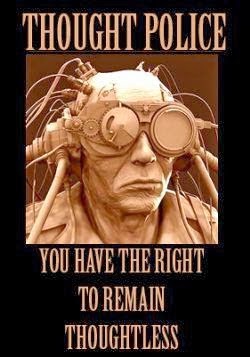 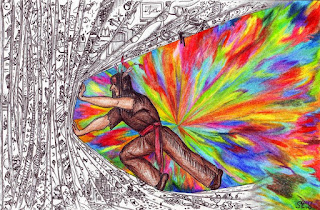